The Empowerment Church has officially reached a critical and significant milestone in its brief existence.  The following is a historical accounting of how The Empowerment Church literally came to be, written by one of the founding members of the church (also known as a pathfinder) Bridgette Rudolph.

January 2014 began like most others at Hope United Methodist Church; a period of calm, after an eventful and spirited 2013 Church Conference, culminating in a busy Advent season. Yet as we began preparing for the New Year, we were shocked to learn that our beloved pastor, who had served faithfully at Hope for 31 years, was being reappointed to a small church in Saginaw.

Everyone, throughout the community knew, that under his leadership, Hope had grown from a 150-member church to over 4,000 in less than two decades, established 80 ministries, and prepared close to 100 clergy to lead their own churches to serve in the ministry. Everyone knew that it was under his leadership that the congregation of Hope raised millions of dollars to support the needs of a growing community by building a state of the art Gym & Fitness Center, Education Facility and Administrative Center. Everyone knew that he was a scholar, a teacher, an advocate for peace, and a friend. But what everyone really knew that he was a man of God, and a consummate preacher.

The decision to move him was disconcerting resulting in a small group of leaders banding together to form an Ad Hoc Committee to reverse the decision. We loved Hope Church, we loved the people, we loved what Hope stood for in the community, we loved what we had built, and we loved our Pastor. For 12 weeks, January to April, this humble Ad Hoc Committee met, prayed, strategized, sought legal counsel, begged, cried, mourned, and finally met with the Bishop. Yet after all that, we reconciled ourselves to the harsh reality that while we’d done everything possible to reverse the decision, it was to no avail, and Hope United Methodist, as we know it, would never be the same. We cried for our church family, we prayed for our church, we prayed for God’s grace.

On Wednesday, April 9, 2014, a body of believers formed a new organization, the Pathfinders II, modeled after the Pathfinders of Peoples Community Church largely because the parallels between what happened to our Pastor and his grandfather, Rev. Carlyle Fielding Stewart, Sr., were remarkably similar. Our abiding scripture at that time was Galatians 5:22-23, “But the fruit of the Spirit is love, joy, peace, long suffering, gentleness, goodness, faith, meekness, temperance: against such there is no law.”

We knew we were embarking on an amazing journey, “A Walk of Faith.” And while we knew “faith is the substance of things hoped for, the evidence of things not seen,” we had no idea what God was going to reveal to us, or what doors He was going to open. We knew one thing…we had faith. As it says in John 14:13-14, “And I will do whatever you ask in my name, so that the Father may be glorified in the Son.” You may ask me for anything in my name, and I will do it.” We needed a place to do his work, God provided it.  We needed people who were willing to do the work. God provided them. So for 90 days the Pathfinders met, organized, planned, worked, and sacrificed their time, talents and treasures. We continued to pray.

On Sunday, July 6, 2014, God…in a big way… ushered a new faith community in Southfield. He opened the doors of The Empowerment Church with its guest speaker, the Rev. Dr. Carlyle F. Stewart, III, with Courtland Pitt, as our Associate Pastor, Bro. John Lawrence, as our Music Director, and on the first day, we received 175 new members. We continued to meet, to organize, and to plan for the future of Empowerment Church. Led by our Spiritual Leader & CEO Pastor Stewart.

As of July 21, 2019, Empowerment Church has 1,075 members, 38 ministries, 1 full time Associate Minister, 15 Clergy and Ministerial Team Members, a full-time Administrative Services & Support Staff, (3) Boards, a Holding Company, The Power Center, which opened in June 2017 for the children & youth, a new Fellowship & Learning Center, and a new Agape & Life Center, both of which opened on April 7, 2019.

And so…by grace of God…we will continue “Our Walk of Faith.” Together, as one family, with our focus on the last commandment given to us by our Lord and Savior Jesus Christ…to love one another…as he loved us. Glory to God! 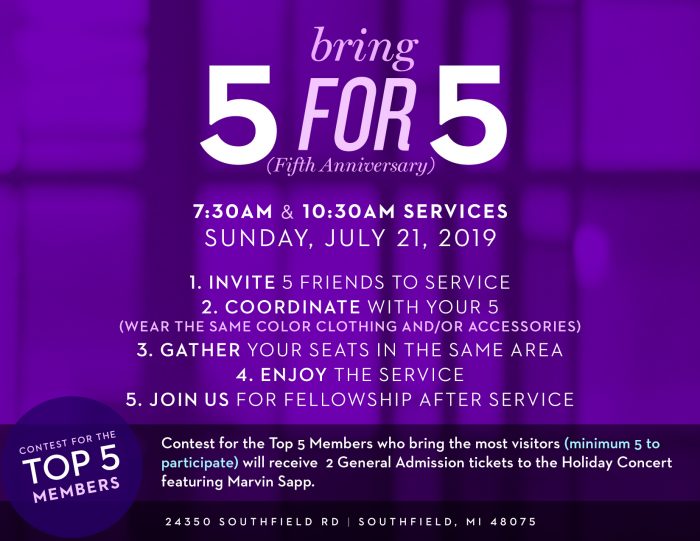